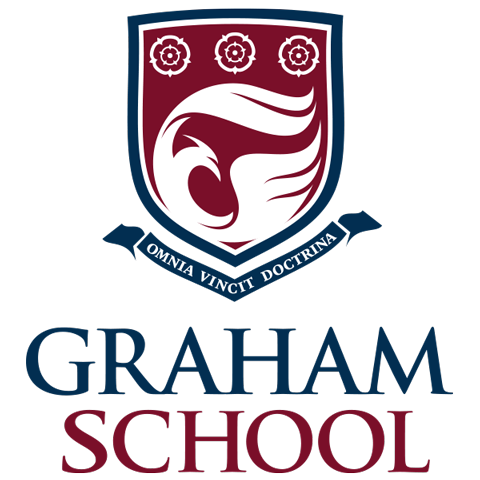 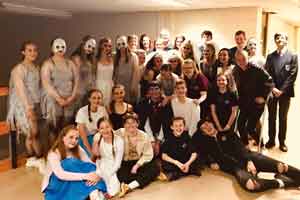 We made it to the final and were in the top 10 of the 58 competing schools in the heats from the north of the UK. All the teachers involved are incredibly proud of Team Graham. We came away with six Awards of Excellence including Soundtrack, Choreography, Lighting, Stage Crew, Entertainment and Concept. Bring on next year…. our students are truly Growing at Graham!

Here’s what some of the participants said:

“Rock Challenge is a worldwide competition where schools enter a showcase, showing a dance with a theme or telling a story. It also involves drama, costume, make up, set and lighting design; there really is something for everyone. Graham School took part in this amazing opportunity to promote a drug-free high. We went to regionals in York and then gained a place in the Northern Open Finals in Grimsby. We grew as a team as the competition went on and I had such fun along the way. I think everyone can find their place in the Rock Challenge team whatever your skills may be. It was such fun and an incredible opportunity. Make sure you’re part of it next year, you won’t regret it!!”
Connie Thompson, Year 7

“I wanted to do Rock Challenge to gain a new experience and learn new skills that I wouldn’t learn in my normal school environment. I really enjoyed going on the trip and working closely in the team with the staff, dancers and other tech crew. I would recommend Rock Challenge because it is really fun. I have done it twice now (Year 7 and 10). I love the full experience from rehearsals to the actual show.”
Declan Carr, Year 10

“I wanted to do Rock Challenge because it is what I would like to do later in life. I really enjoyed the final performance in Grimsby as there was more excitement. I would recommend Rock Challenge to others because it would be ideal if you want to do set design as you help to build/paint the set before the competition and during the performance you move the set on/off and around the stage.”
Callum Malone, Year 8

“I wanted to take part in Rock Challenge because I love to dance and wanted to try something new. This was an opportunity for me to show what I can do and I was incredibly shocked when I found out I got the lead female role. This made me more confident and also made me believe in myself as a dancer. I enjoyed meeting people from other years. As a Year 10, I don’t speak to younger years, however, during Rock Challenge I met a lot of them. I enjoyed creating choreography and developing the Dracula theme. It made us as a school see what other schools had created too. This year Graham School danced at York Barbican and Grimsby Auditorium which was an amazing experience. All costumes and set were made in school and they were incredible. The whole Rock Challenge team was a family. I think you should do Rock Challenge next year because it is really fun, as well as serious rehearsals we do have a laugh. If you are in a younger year it gives you a chance to talk to students from older years. It also gives students a chance to try something new and out of their comfort zone.”
Shauna George, Year 10

“I wanted to do Rock Challenge because I had seen my sister do it before and I wanted to get involved. I especially loved the excitement before going on stage when hair and make up are getting done and everybody is really excited and nervous. I would 100% recommend Rock Challenge to others as it is an incredible experience.”

Students have been brilliant throughout the whole process and can not wait to start rehearsing for 2020.

Attached is the letter detailing arrangements for Year 10 Parent's Evening on 1st December. Year 10 is a crucial year for our students so we would encourage as many parents as possible to attend so we can work together to achieve the best outcomes for them. #TeamGraham pic.twitter.com/7AYd…

With World Cup fever hitting the nation, some of our girls joined their coach Mr Toleman in a very competitive session of indoor footy after school today ⚽ #TeamGraham #WorldCup2022 pic.twitter.com/dGHc…

Well done to Y8 students invited for breakfast today for improved attendance, positive attitudes, resilience and commitment. They are all to be congratulated on their approach to school! ☕️🫖🥐🥯#TeamGraham pic.twitter.com/KEwa…

Well done to our U13 Netball team who participated in the partnership tournament at Scalby School. Mainly made up of Year 7 students, they held their own against much more experienced players. Training continues every Tuesday 3-4pm. Everyone welcome. #TeamGraham pic.twitter.com/qfRe…

Today our Year 10 Drama students visited The Stephen Joseph Theatre. They learnt about the acting degree on offer at Coventry University. They got to meet a number of professionals and took part in an acting workshop. The students were certainly inspired! 🎭#TeamGraham pic.twitter.com/IVb3…

This website uses cookies to improve your experience while you navigate through the website. Out of these, the cookies that are categorized as necessary are stored on your browser as they are essential for the working of basic functionalities of the website. We also use third-party cookies that help us analyze and understand how you use this website. These cookies will be stored in your browser only with your consent. You also have the option to opt-out of these cookies. But opting out of some of these cookies may affect your browsing experience.
Necessary Always Enabled
Necessary cookies are absolutely essential for the website to function properly. This category only includes cookies that ensures basic functionalities and security features of the website. These cookies do not store any personal information.
SAVE & ACCEPT